Greetings friends, a few days ago I was showing you everything we need to know about Veeam Backup for AWS v2, in case you haven’t been paying attention, I’m posting the blog here (in Spanish):

Today I bring you one more step on how to correctly secure our instance of Veeam Backup for AWS v2.

To do this we will rely on Let’s Encrypt, the famous open-source project that allows us to generate free SSL certificates.

NOTE: This process is not officially supported by Veeam, and any consequence of following the steps incorrectly, or any incidence derived from these steps will leave us without support. We will have to deploy the appliance again, keep that in mind!

To make it all work we’re going to need a couple of packages to do all this automatically:

To install jq, we will launch the following command:

Once we have jq, we will now install the Let’s Encrypt packages, which is as simple as launching the following:

We’re all set. Let’s move on to the next step.

I have created a script that what it really does is combine with the Let’s Encrypt Script, and install the SSL Certificate in Veeam Backup for AWS, which needs to be converted to .pfx, but this does all the script, we will download it from here, I would put it in /root too, or in the same folder where we have downloaded Let’s Encrypt:

There are a few parameters to be set, but they are not difficult, let’s see them here:

Once we have everything filled in, we can exit the text editor and continue with the next step.

Launching Let’s Encrypt and getting a SSL certificate

Now that we have our script ready, and also Let’s Encrypt, it’s time to launch the Let’s Encrypt command, as you know, the command can be launched with several verification modes, in this case, I’m going to use Cloudflare, but it would also work with standalone, etc. See more here about the methods there are:

The script I created will look inside /root/.acme.sh/YOURFQDN, so as long as everything is in this directory, it will work, let’s see how I used Cloudflare.

To know your Key de Cloudflare, here where you can find it

Once we launch this command well, we will be able to see a result similar to this:

And if everything has gone well, we will have the little message that tells us that we can go to our https://YOURFQDN, if we go we can finally see the next thing: 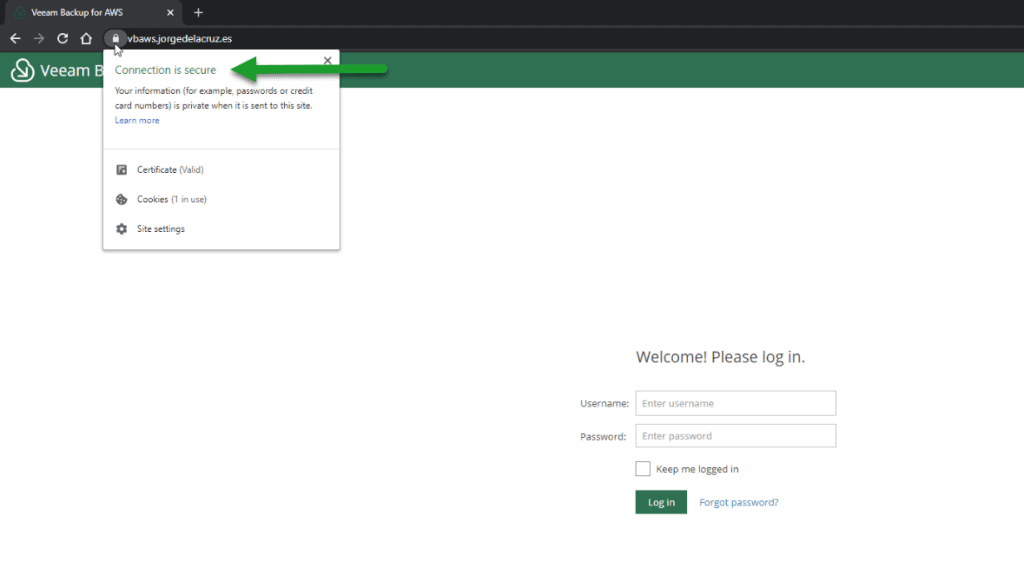 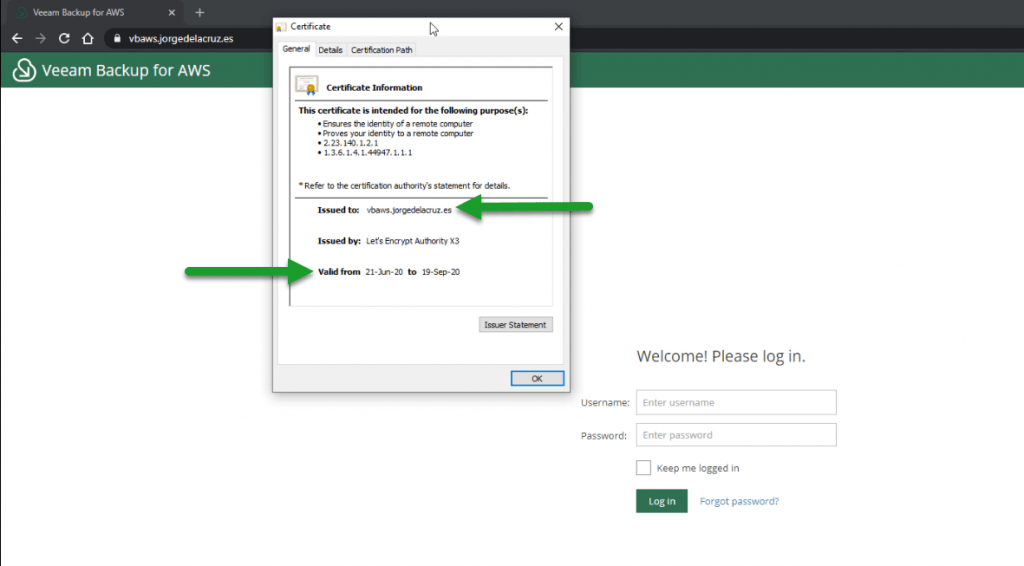 How to schedule the automated renewal to run every 90 days

These SSL Certificates expire every 90 days, so we can schedule it with the next command, and have a valid SSL certificate forever, as long as this scheduled task is executed:

With this, we’d be all set. Leave comments and ideas in the comments. Thank you for reading it.