Greetings friends, Veeam has started the week really strong, as a new cadence of releases has hit the public, ALREADY GENERALLY AVAILABLE (GA), as they are tons of announcements, will try to have a blog post per each so keep visiting the blog during the next few days.

Let’s focus on Veeam Backup and Replication v11a for this article, there have been a ton of improvements, but let’s start with what’s new. 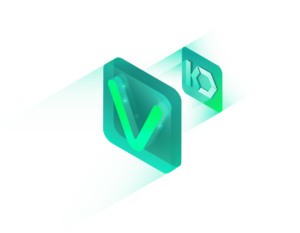 Enterprise customers are taking advantage of the flexibility and power of containers with Kubernetes being the predominant player in the market.

Providing backup, recovery, and visibility into container backups is often a challenge due to fragmented solutions caused by data protection solutions not offering native protection.

The upcoming Kasten K10 v4.5 will be able to direct backups of Kubernetes clusters that leverage VMware persistent volumes to a Veeam Backup & Replication repository where its lifecycle can be managed and additional Veeam features and capabilities leveraged

With the new Veeam Backup for Nutanix AHV v3 included in this update, Veeam expands its patented instant recovery functionality to additional hypervisors. Customers can now instantly recover image-level backups created by ANY Veeam product to a Nutanix AHV VM for instant disaster recovery of any workload – cloud, virtual, or physical. This functionality requires Nutanix AHV 6.0 or later.

Veeam Agents for IBM AIX and Oracle Solaris jobs can now be centrally monitored and managed through the integration with Veeam Backup & Replication protection groups of the “Computers with pre-installed agents” type. In addition, you can now perform file-level recovery from such backups in Veeam Backup Enterprise Manager.

With support for a fourth hypervisor in a supported public beta, Veeam Backup & Replication v11a offers reliable integrated backup for Red Hat Virtualization (RHV) 4.4.7 or later so customers can create efficient backups of RHV VMs utilizing native change block tracking and be prepared for any disaster.

There are tons of other enhancements and bugs fixed, full link here, but my favorites are: