Greetings friends, after so many years counting all the possibilities of Veeam ONE, I have come to realize that more and more companies are using Microsoft Teams, and that is why today I come to tell you how to configure the notifications of Veeam ONE to Microsoft Teams.

How to create and configure the Microsoft Teams Webhook

To be able to receive notifications to a specific channel, we will have to create a Webhook in the channel we need, normally it would be a channel to receive alarms, instead of bombarding the General channel or similar.

In the channels where we need notifications, let’s imagine that we want that a certain equipment receives notifications of its applications, we will create a channel in case we don’t have it: 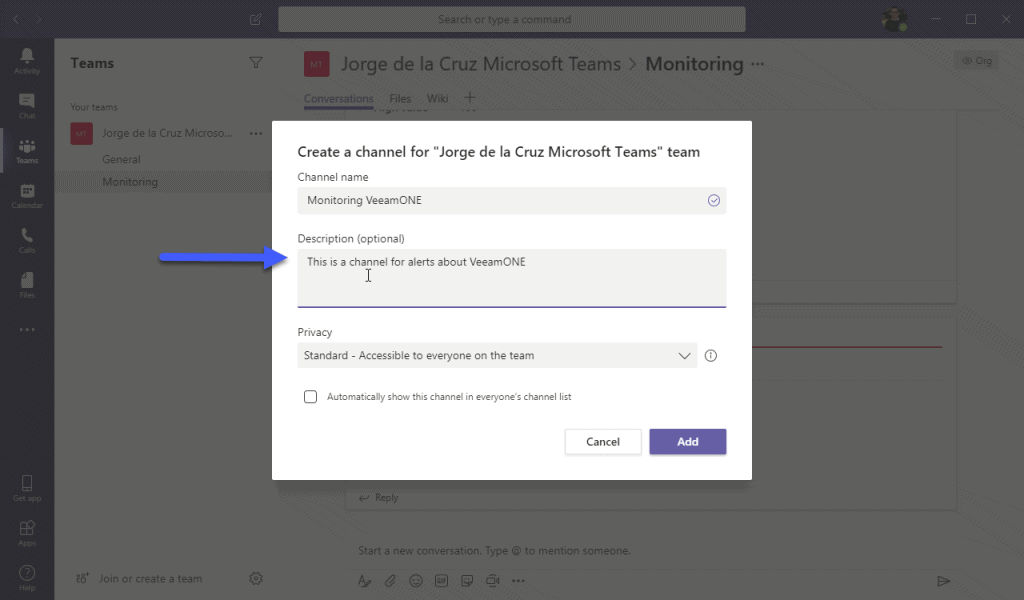 We will need to go to  Channel – Connectors 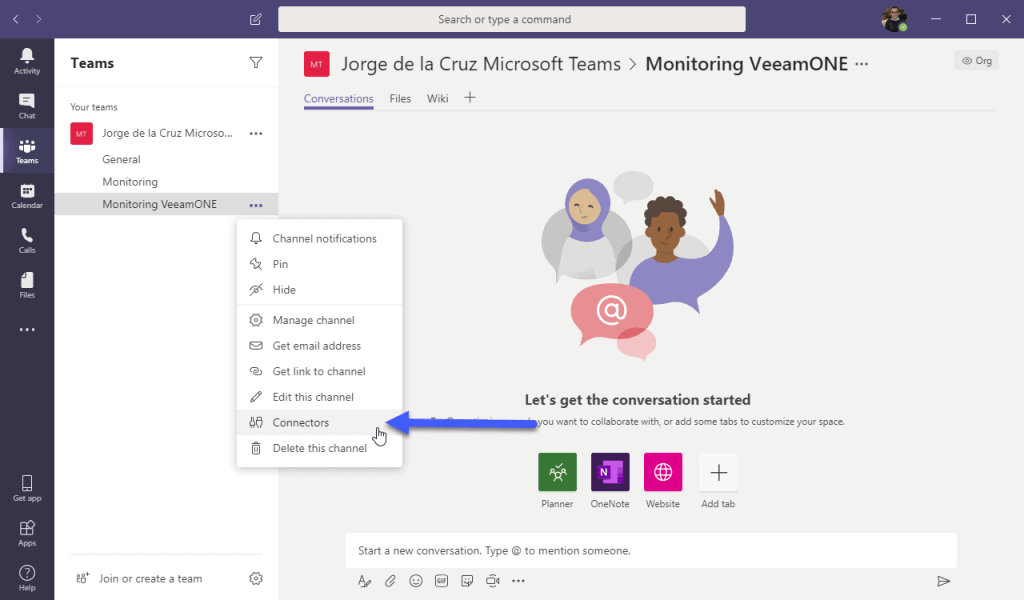 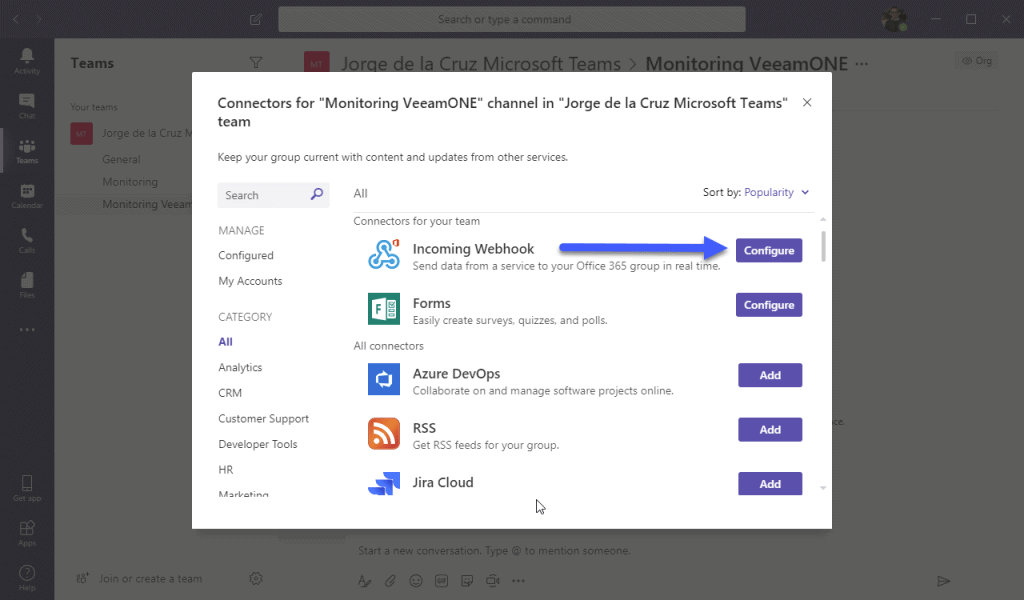 We will select the name that we want for our Webhook, as well as an icon that we like: 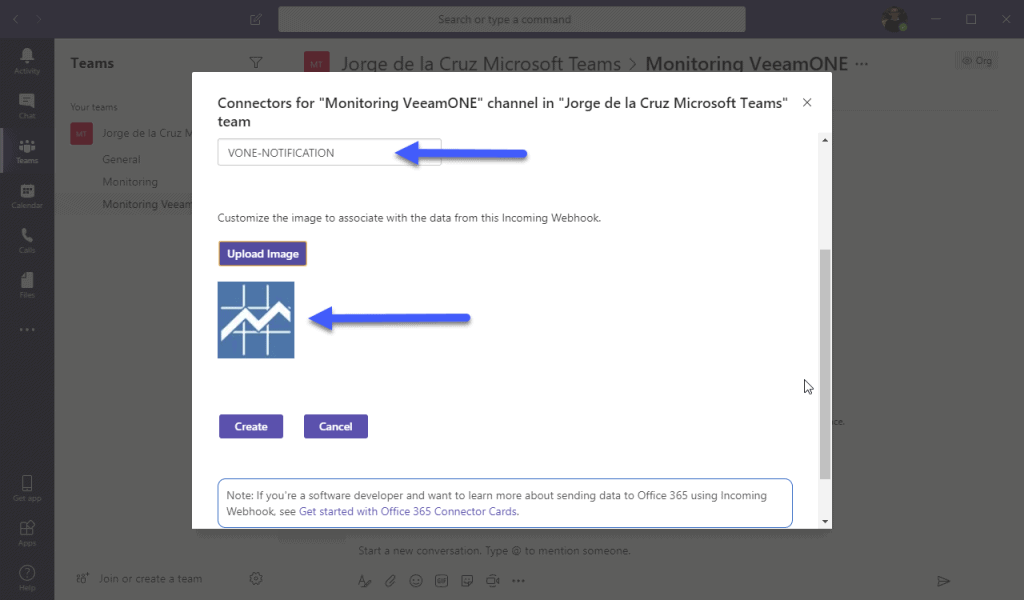 When you click on Create, it will show us a unique URL with the Incoming Webhook, this is the address we want to use in the Github script. 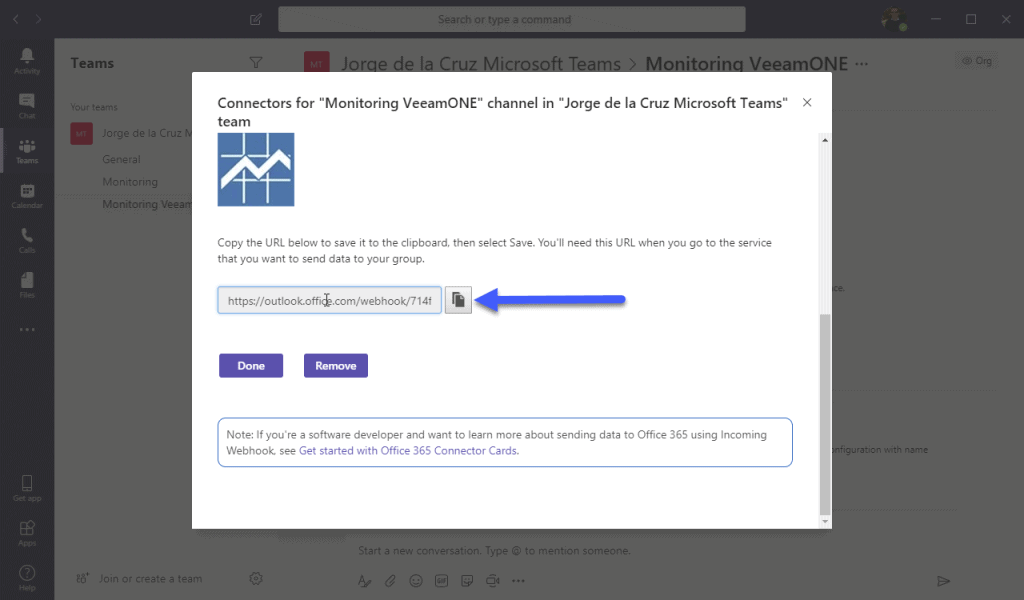 We have everything ready to move on to the next section.

Alarm Configuration inside the Veeam ONE Monitor Client

The first thing we will have to do is download the script from GitHub, once downloaded to the Veeam ONE Server, edit the script and enter the URL of the WebHook where it says $uri, very simple. We could edit the text that will be shown in Microsoft Teams, put it in Spanish, add the time, or delete the ID, whatever you want.

Once we have the script ready, and saved in C:\scripts\VeeamONE-Notification.ps1 for example, we have everything ready to continue, we will go to our Veeam ONE Monitor Client, and in the Alarm Management section, edit the alert, or alerts, we want to receive in our Microsoft Teams channel, we could remove the default notification and leave only this new one to Teams, or add multiple Notifications:

It has to be of the Run script type, and within the value, we will have to introduce the following, with your route to the Script, please:

As simple as this, everything would be there by now. When performing a test, or if an element exceeds the thresholds defined by the alert, the notification will be sent, which will be as follows: 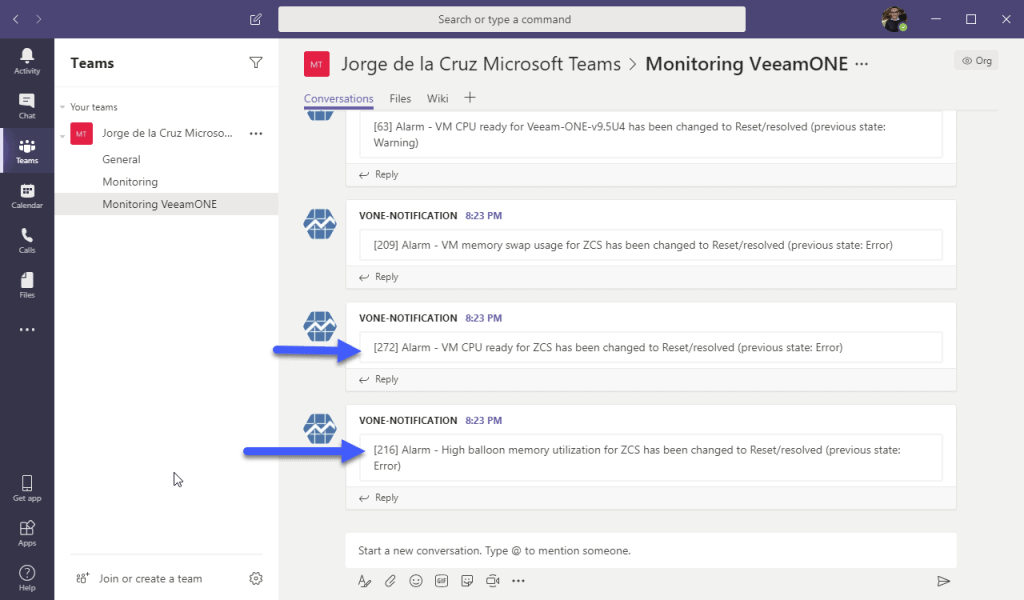 Nothing more friends, I hope you like it, and you will find it useful.

As I had some guys asking about the next variables that Veeam ONE sent out in order for my PowerShell to take, here is the full list, in case you want to edit the output, and also send them to other systems like Slack, Service Now, etc: