Greetings friends, back in March 2020 I was telling you that Veeam had taken a very important step by announcing Linux Proxies, a component that certainly makes all the sense in the world to select Linux for it, as it just moves information from one place to another.

Now with Veeam Backup and Replication v11, Veeam takes a leap forward and includes many improvements for Linux-based Proxies, for example, we can now use other backup methods, such as DirectSAN, DirectNFS, and Fibre Channel. And save on Windows licenses, and increase security.

In this fantastic post, we are going to see the step-by-step to use an Ubuntu 20.04 LTS in DirectSAN mode, to some disk arrays I have. This way the backup is going to fly, as well as freeing up the workload to the hypervisor.

To recover VM data blocks from a SAN LUN during backup, the backup proxy uses metadata about the layout of VM disks on the SAN. 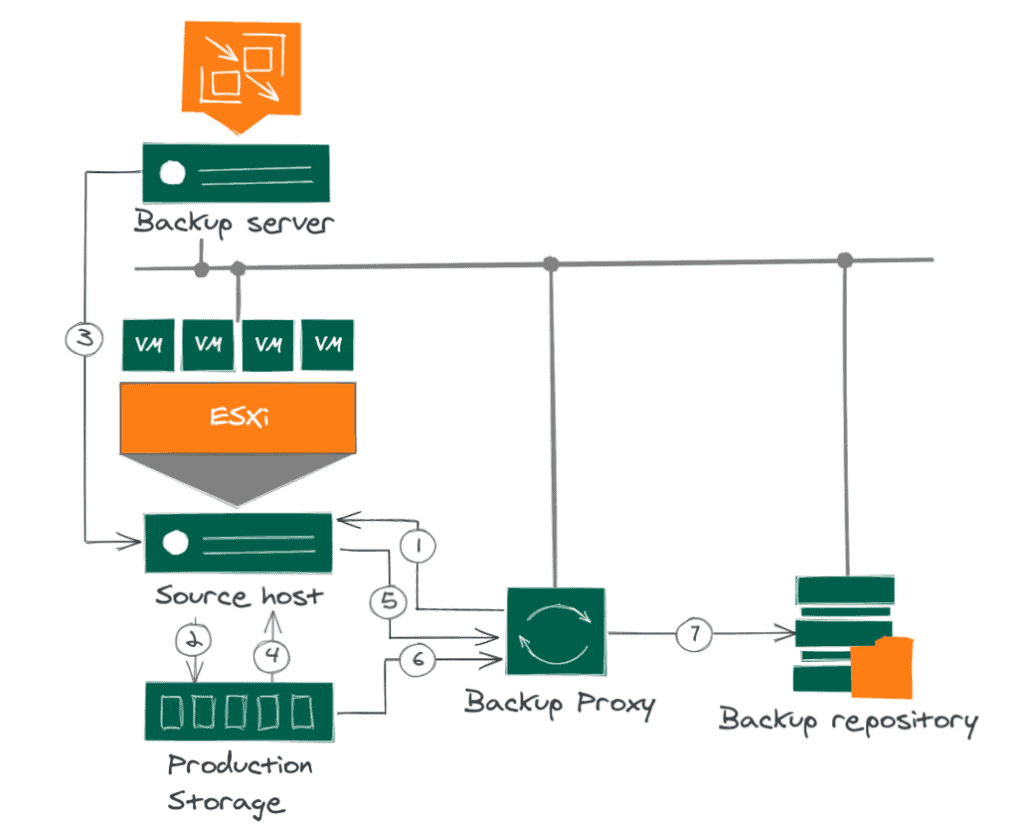 Fantastic, now that we know how it works and how it sends information from one location to another, let’s look at the steps to get our Linux Proxies up to speed.

I assume you are using dedicated networks. For example, all my iSCSI traffic goes over the 192.168.100.0 range, with a dedicated cable. Since my proxies are virtual, I have added a second network card that sees this network.

The steps are very simple, and although they may vary a little if you have RedHat or others, sure the steps are similar, the first thing is to install the open-iscsi package (that you probably have)

Once we have the package installed, let’s add it to boot:

This will show us something similar to this:

Let’s now create, or check, our InitiatorName, we will edit the following file:

In my case, it already has one created, retro with its 1993 and everything. The name is the least important, as long as it is unique, I have left it by default, but if we are going to deploy several proxies, it is better to edit the name a little:

To make the session to future LUNs connect automatically, most likely you want this, edit the file named /etc/iscsi/iscsid.conf and make sure that the Startup settings section looks like this:

Let’s do a restart of the service just in case:

Presenting our NetApp LUN to our Linux Proxies

Generally, in NetApp and any decent manufacturer, we will have to add the iSCSI Initiators on the web, as a security measure to keep everyone from connecting to some LUNs that are critical, such as the ones we present to VMware.

Within our ONTAP, under Storage – LUN, we will click on the Mapped to Initiators:

And we will add the iSCSI Initiator that we were so happy with before, the one that was 1993, and so on. You would be left with something like this, click Save:

We have this part ready, let’s go to our Linux again. If we had more Proxies, it’s time to add them all, of course.

Add our NetApp LUNs to the Proxy

Back to our Ubuntu 20.04, it’s time to connect those fantastic LUNs to our OS, remember not to format them, or start them, or anything, just the commands that I show you here, no more no less 🙂

With the following command, we will be able to see all the LUNs that the NetApp system is presenting. Change the IP to yours:

This returned a LUN for me:

Fantastic, if I had more LUNs, here they would all show up for me. Now that we know the LUN, or LUNS we want, let’s connect to them, the command very simple, mix a little of the above, look how easy:

The result of the operation looks something similar to this:

We can check the new disks with a typical fdisk -l , I get a new disk in sdb:

Also with a nicer command, sudo lsblk -e7, would show you this:

Whatever you do, do not touch these sdb, sdc, and the like, as they are your VMFS.

We have something else to do, to force that the traffic goes through DirectSAN, I like to change the transport mode and launch the job, in the proxy, or proxies that we have configured we will do the following: 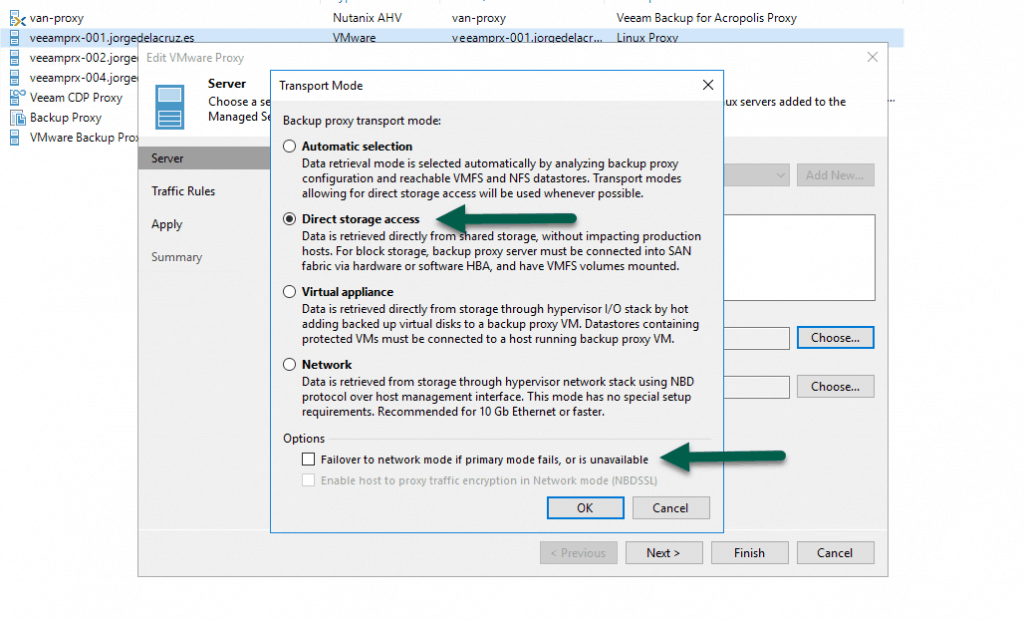 If we want to, optionally, we can also tell it to only process VMs that are in the datastores we want, this would be perfect if we have some dedicated proxies for these workloads that we know only process VMs from certain datastores: 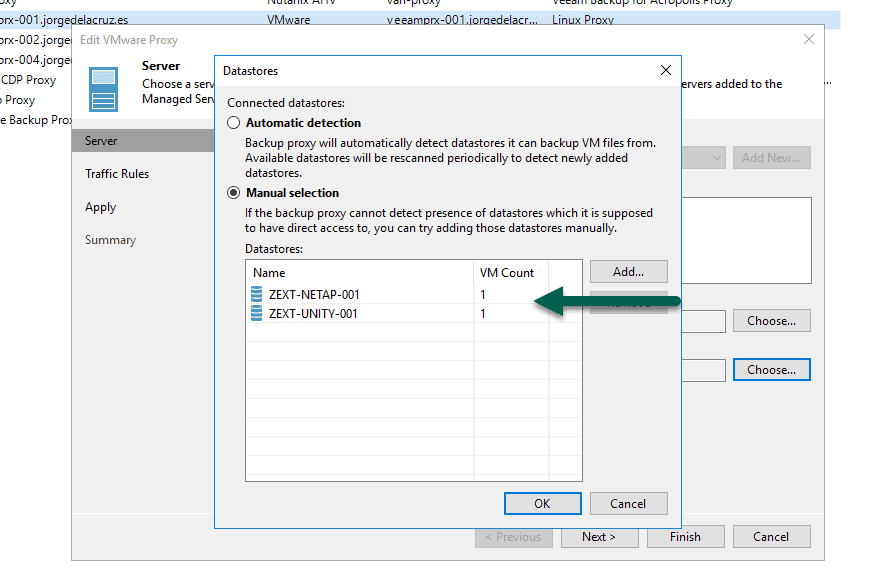 We launch the job and see that it uses [san], and generally, the speed would have to be very good:

That’s all folks, take a look at the post on how to create the linux repository, which has a video also in Spanish and much more information to get started. I hope you like it.