Greetings friends, over there in October 2020 I officially reported on the Influxdata Github, the bug that we all seemed to have from telegraf 1.15 onwards, and that is that the VMware plugin does not collect well the cluster metrics, such as CPU and RAM consumption, among others.

These metrics are key, as they are what we see when we are looking at the Web Client Overview, like this:

This situation has led many of you to comment on the blog in Spanish, in English, by mail, and in the Grafana Dashboard comments about the incident.

Well, I have good news, since Influxdata has released telegraf v.1.18.2, which includes among other improvements a workaround for the incident, let’s see how to activate it.

Telegraf v1.18.2 – Many improvements, but the most important for us is the one for VMware vSphere

As I was telling you, there are a lot of enhancements, I’ll break them all down for you together right here:

How to upgrade to the latest version of Telegraf

I have told you how to install telegraf in several posts, if we have followed the steps and used Influxdata repositories it will be very simple, first check the version we have:

We can also update our InfluxDB, which has a recent update:

Let’s launch the typical command to update our packages, in my case it’s Ubuntu, so it would look like this:

During the upgrade, it will ask us if we want to update the packages, among all the ones I don’t have updated we can see telegraf and influxdb, we will say Y:

That’s it, if we run the command again to see the version we have, we can see that we have updated without any problem.

What the guys from Influxdata have done has been to try to collect our cluster metrics using larger intervals than the 15 minutes previously used, to control this we have the new metric_lookback which is based on 5-minute chunks and how far we want to go.

From Influxdata they recommend us to use at most 8, which multiplied by 5, we have 40 minutes. So if the CPU consumption metric of the cluster is in that range it will take it and save it in InfluxDB as expected, I leave you the example of the config:

As a result, once I have enabled it and restarted the telegraf service, we have the following, we see that I had nothing before, and suddenly Surprise! 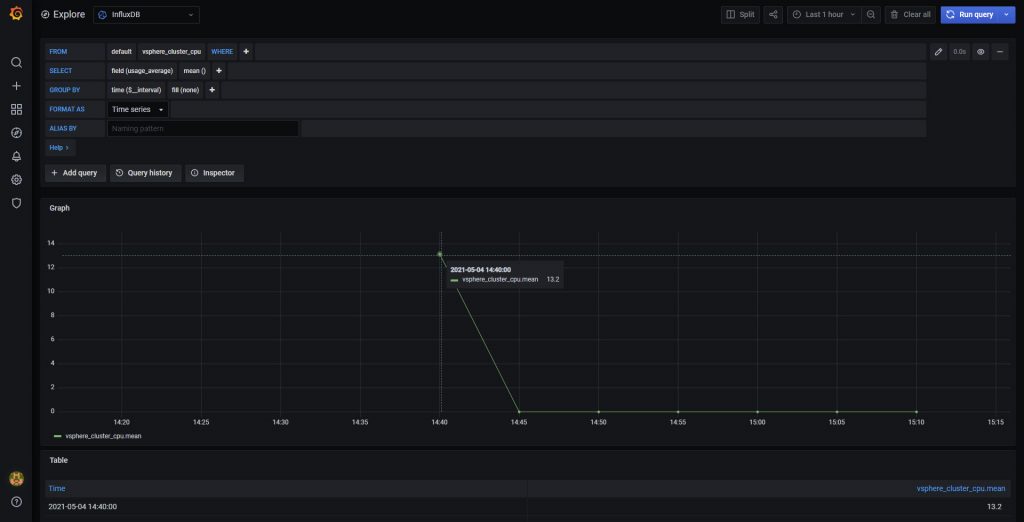 It works for cluster RAM metrics as well: 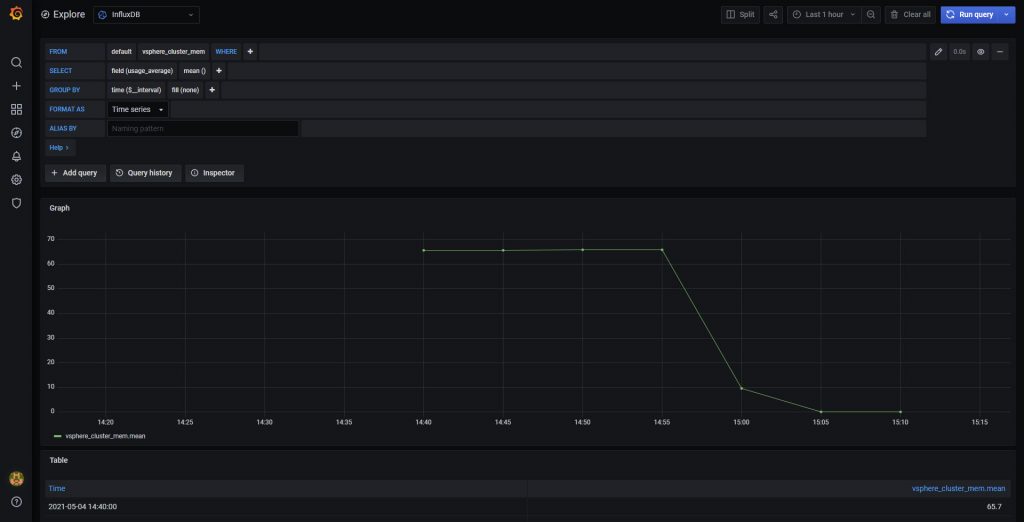 Nothing else folks, for now, I have not touched the official Dashboard, as I am observing how these metrics behave, plus I think using the average of the hosts, etc. We get more accurate details, and with better intervals than every 5 minutes (or 40) that this workaround offers, but it’s good to have it. I’ll keep you posted.