Greetings friends, a few months ago I told you how we could deploy an Object Storage on-prem in a simple way and with just a few clicks. With the release of Veeam Backup for Microsoft Office 365 v4 Beta, this is perfect for us.

Veeam has announced its Veeam Backup for Microsoft Office 365 v4 Beta, we can find it for free in the following link, and with only filling out the form, we can access the file with everything you need.

When you download the package, we can see that we have all the following in the compressed file:

I strongly recommend that you look at all the coming PDFs, especially the User Guide, which contains a lot of good information.

The industry’s best Microsoft Office 365 backup solution just got even better. Companies around the world are eliminating the risk of losing access to and control of their Office 365 data with Veeam, ensuring that data is always protected and accessible.
With this new Veeam Backup for Microsoft Office 365 v4 Beta, Veeam offers us a cloud optimized deployment option, specifically for the cloud.

Enterprises can now take advantage of object storage, which is always cheaper and more profitable, to store our Office 365 data, including AWS S3, Azure Suppliers compatible with Blob and S3, as main novelties:

In this new Beta, and in v4 of Veeam Backup for Microsoft Office 365, Veeam allows to have what we know as Backup Repository using performance tier and capacity tier, but unlike how it works in VBR, here everything is stored in RAM, until it is sent to Object Storage, once there, RAM is released. The local disk is not used for anything except to host a copy of the metadata, let’s see how to configure everything step by step.

The first step as always, inside Backup Repositories, we will click on New, and a description and name: 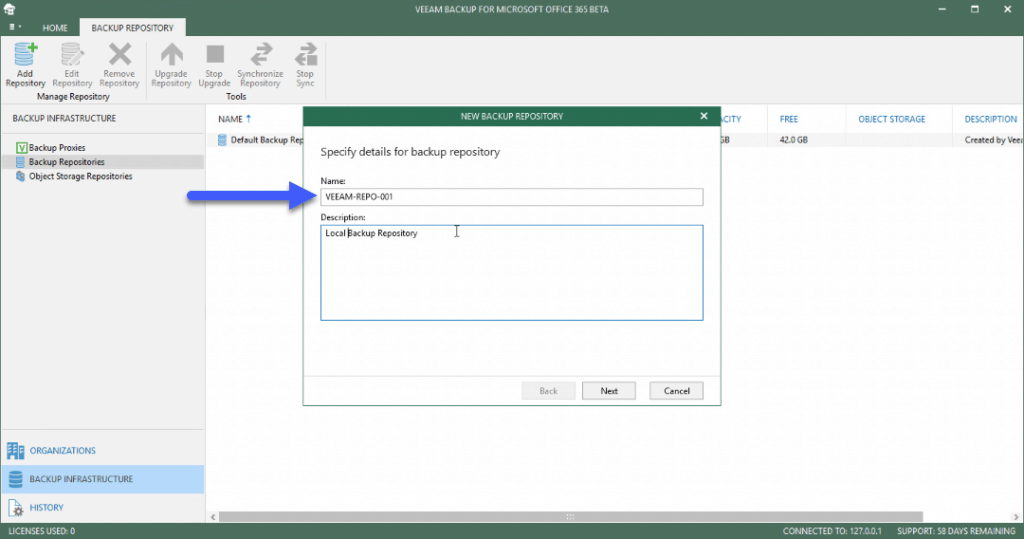 Select the local disk where we want to host the metadata: 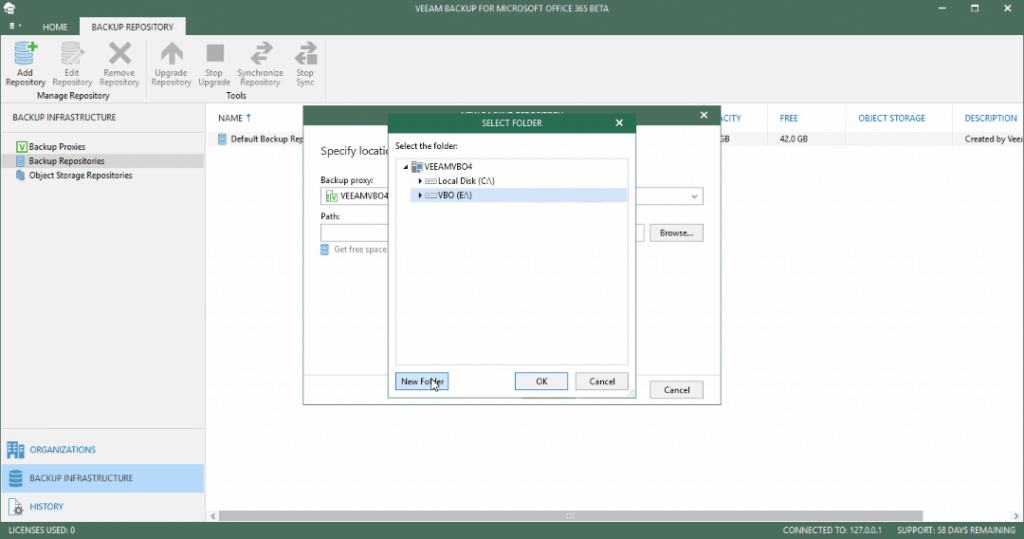 Once we have selected everything, in the next window we can select the option to extend to a Capacity Tier, that we will have to configure now, name and description: 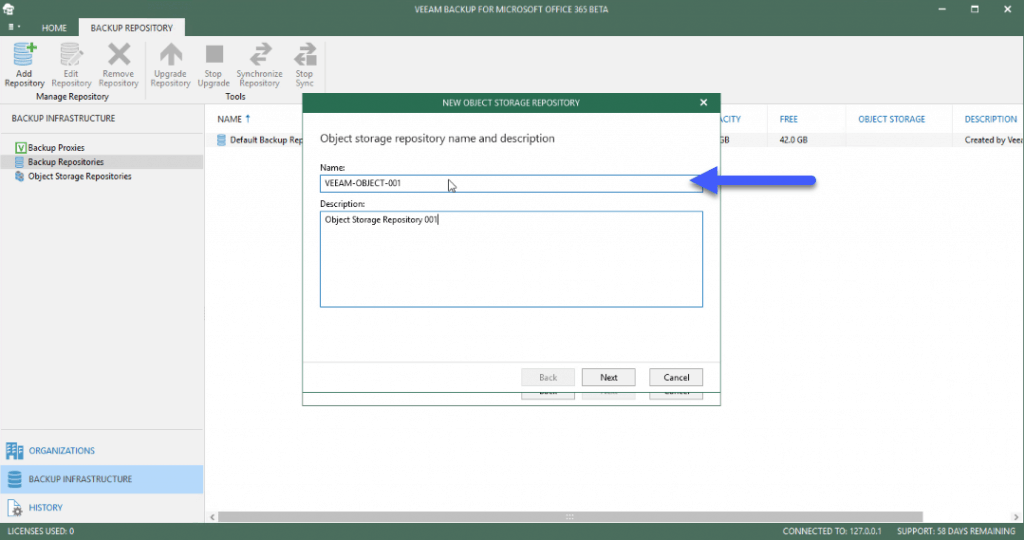 In my case to be launching to a FreeNAS, I will select S3 Compatible, in your case if you use Azure Blob or Amazon S3, to select the pertinent one: 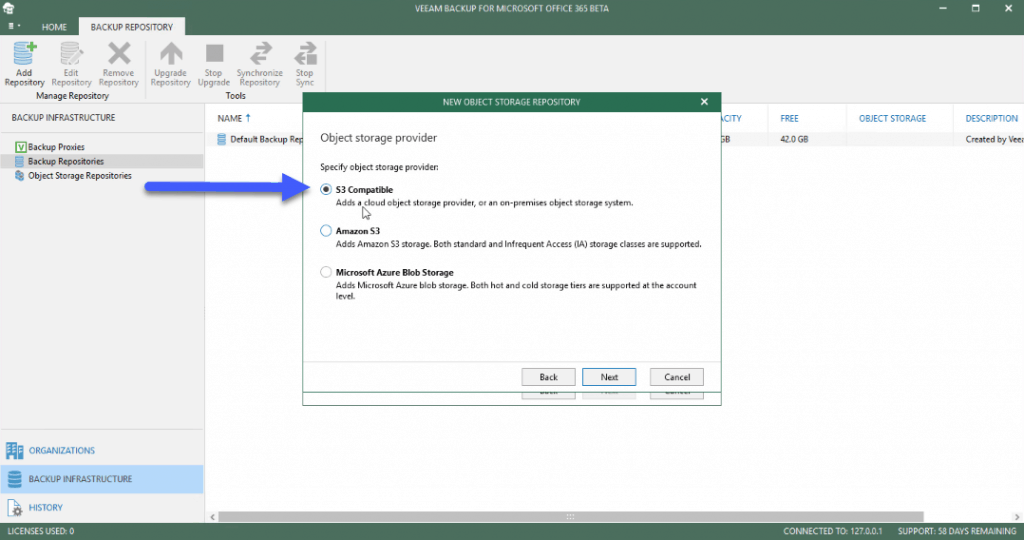 As a new feature, we see that we can encrypt the data that are stored in the repository of Object Storage, which improves the security of the bucket and allows us that if someone intercepts that bucket of some way, it cannot decrypt that there is inside: 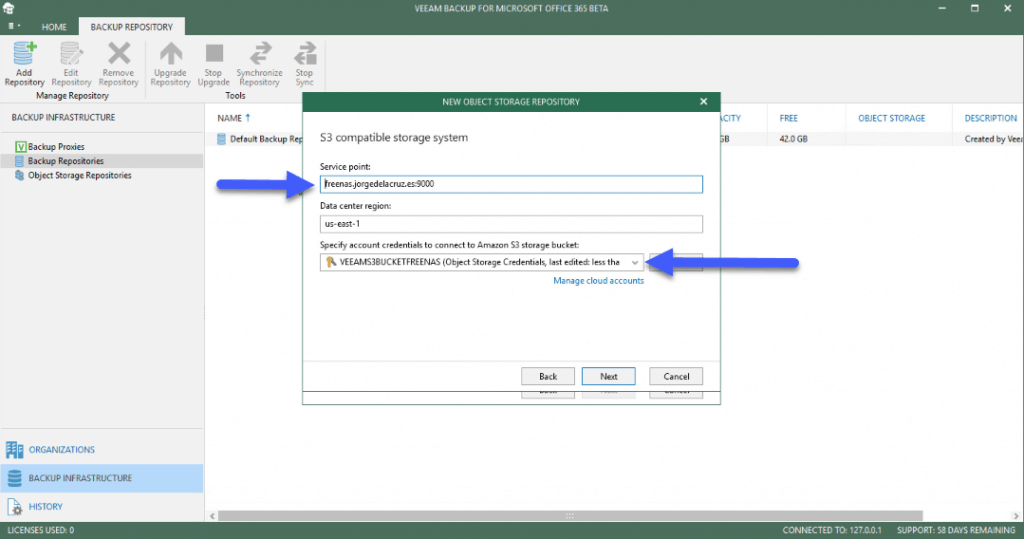 Inside the bucket, it will be necessary to create a new folder: 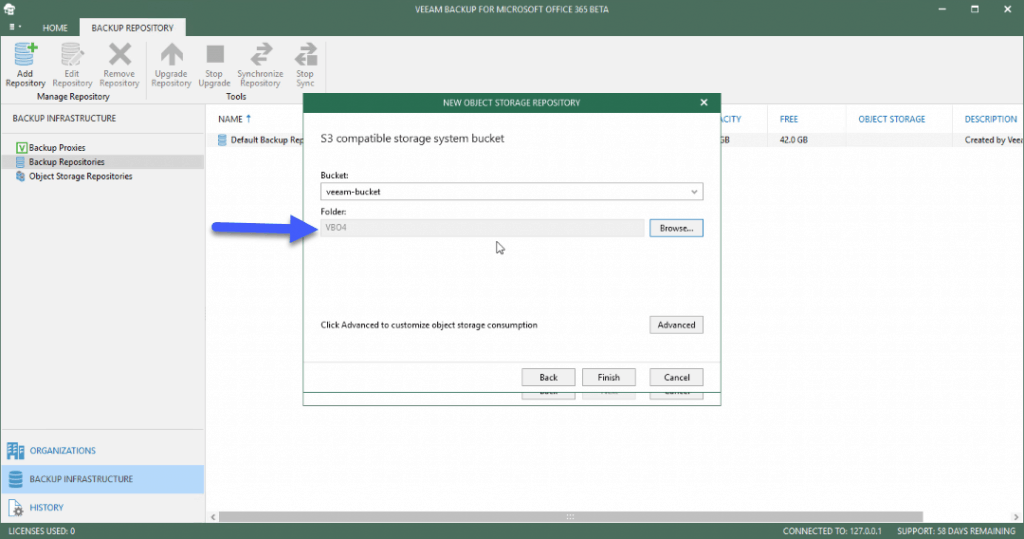 And we will have everything ready and we will be able to see how we are using the repository of S3 Compatible to make the offload of the backup: 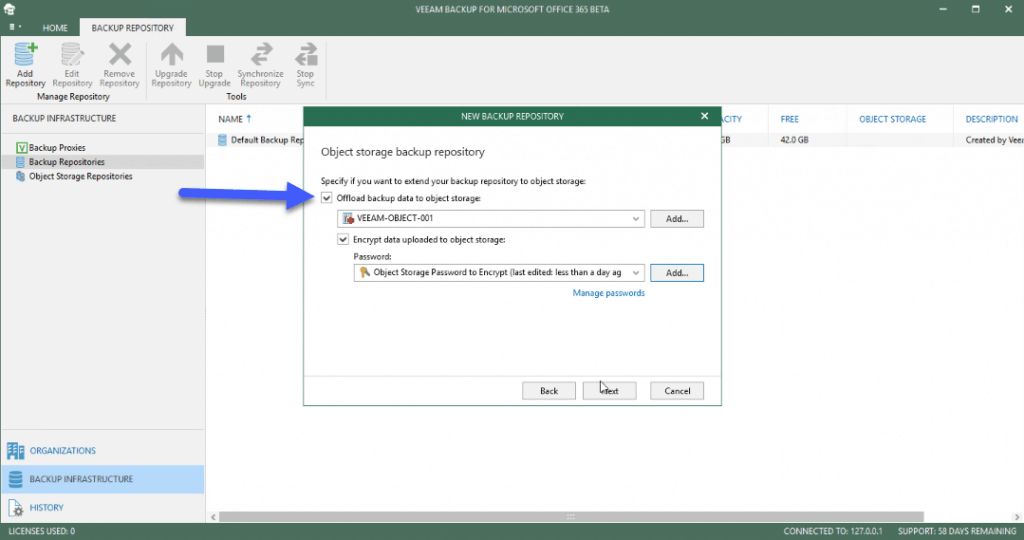 We will select the policy of retention for this repository: 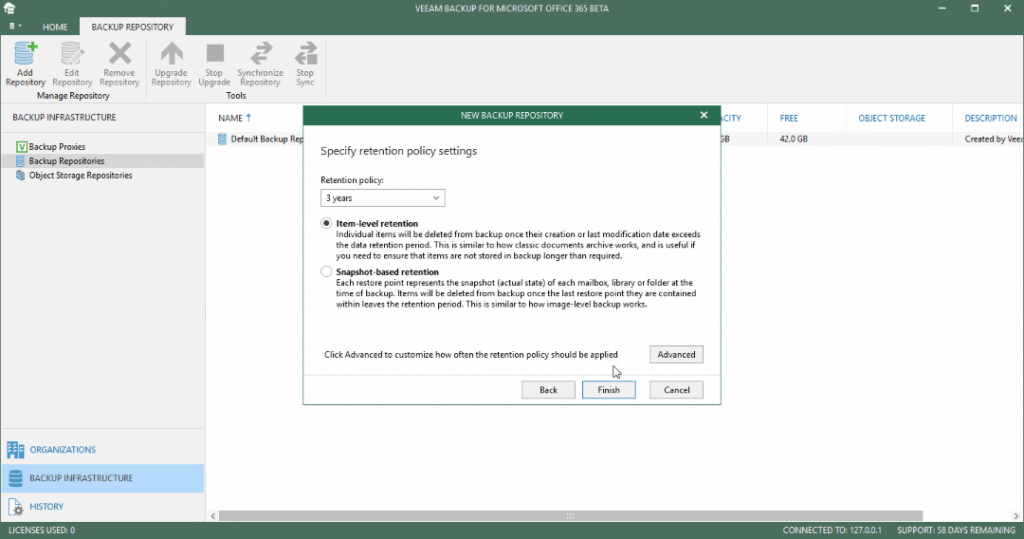 And already in the general window, we will be able to see our new repository, and the Object Storage to where we send the backup: 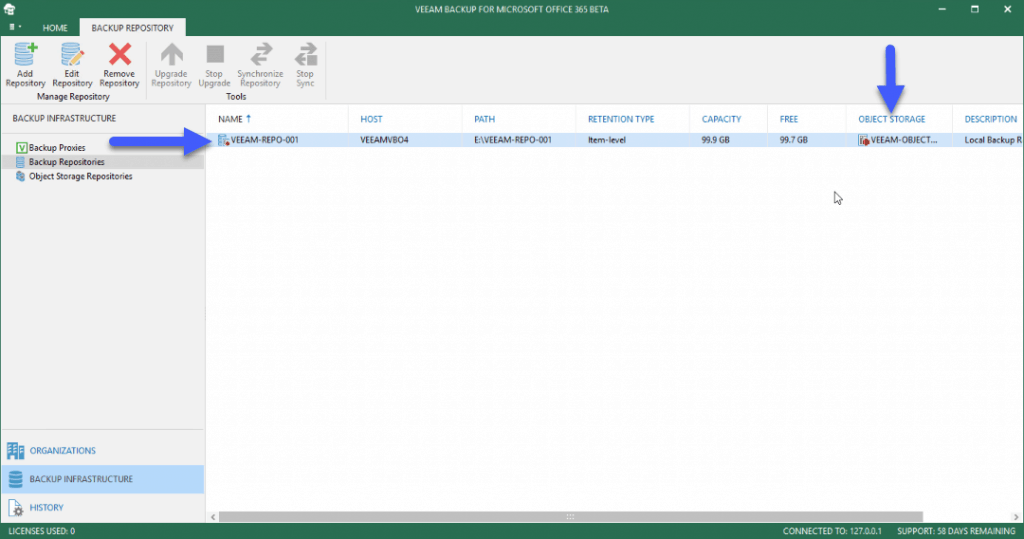 As I said, everything is stored in RAM until it is saved in the Object Storage, as we can see here with a small backup, my Proxy is downloading all the information from Office 365 and saving it directly to the freenas: 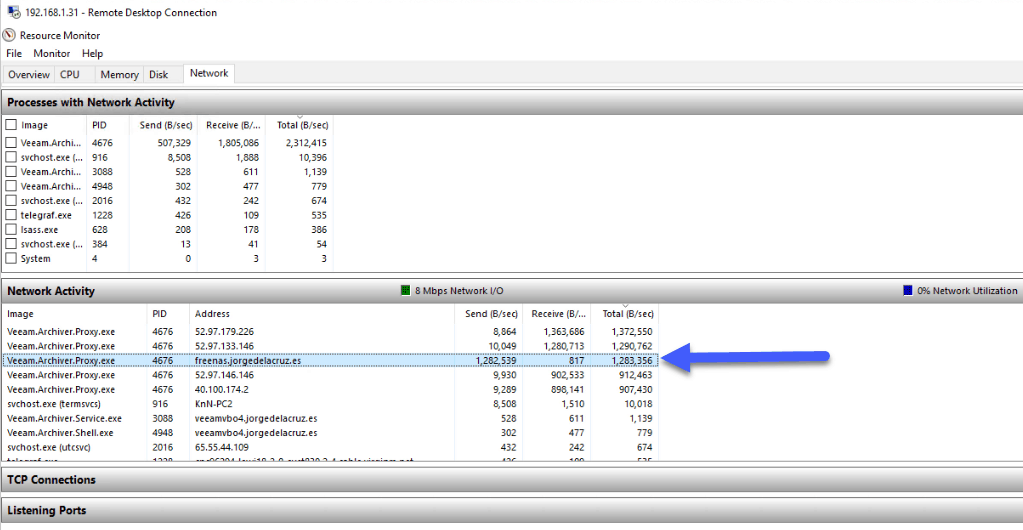 If we go to memory, we can see several Veeam services consuming more and more RAM to save more data faster and more efficiently in Object Storage: 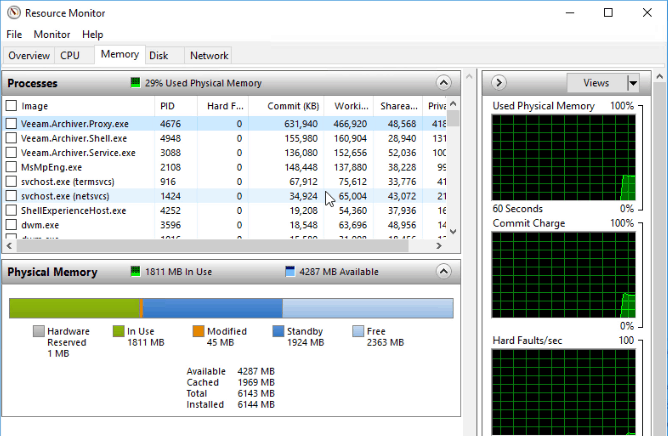 If we take a look at Grafana, where I also monitor my Proxy, we can see the stable RAM consumption during the last weeks, just like the CPU:

Nothing more friends, I hope you like it, and that you give a chance to the Beta, which is free and has trial license for 1000 users.